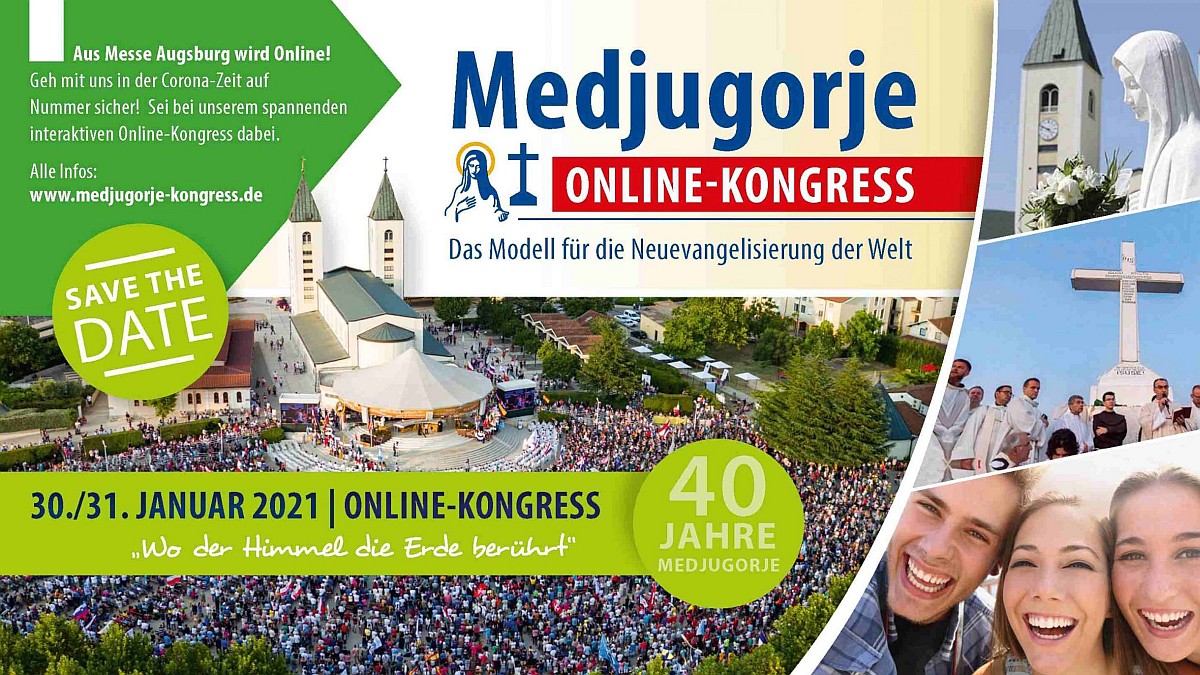 The largest Medjugorje Online Congress took place on January 30th and 31st, 2021. 7 million people around the world took part. The congress was broadcast worldwide in 15 languages. On the 40th anniversary of the apparitions of Our Lady in Medjugorje, numerous interesting reports under the motto “Medjugorje, where heaven touches earth” were broadcast over the Internet, radio and television stations. The evening prayer program was transmitted from the parish church in Medjugorje.