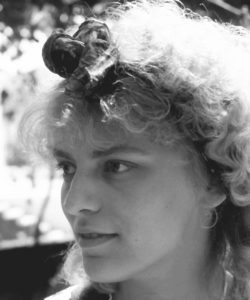 Mirjana Dragicevic-Soldo was born on March 18th, 1965, in Sarajevo. She is the cousin of Jakov Colo and she visited her grandmother in Medjugorje. She was 16 years old when on June 24th, 1981, she saw Our Lady for the first time. She had daily apparitions until December 25th, 1982. On that day, entrusting to her the tenth secret, Our Lady told her that for the rest of her life she would have one yearly apparition, on March 18th. From August 2nd, 1987 to March 2nd, 2020, on each second day of the month, she heard interiorly Our Lady’s voice. Sometimes she also saw her. Mirjana is married with Marko Soldo, the nephew of Father Slavko Barbaric. She has two children, Marija and Veronika, and she lives in Medjugorje.

Mirjana’s prayer mission from Our Lady is particularly to pray for unbelievers.

“Pray for those who have not come to know the love of God yet.”