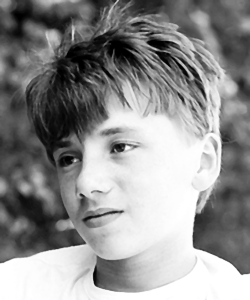 Jakov Colo was born on March 6th, 1971, in Sarajevo. When the apparitions began, he was only ten years old. At the age of 12 years his mother died and a few years later his father. Having become an orphan at such an early age, he found comfort in Our Lady and her motherly love. He had daily apparitions from June 25th, 1981 to September 12th, 1998. On that day, entrusting to him the tenth secret, Our Lady told him that for the rest of his life he would have one yearly apparition, on Christmas Day. Jakov is married with Italian Annalisa Barozzi. He has three children, Arijana Marija, David Emanuele and Miriam, and he lives with his family in Medjugorje. In July 2016, Jakov founded the association “Mary’s Hands”, which aims at helping people in need.

Jakov’s prayer mission from Our Lady is to pray for the sick and the pilgrims.

Copyright © 2022. All rights reserved | HCV | Grace Themes
We use cookies to ensure that we give you the best experience on our website. If you continue to use this site we will assume that you are happy with it.Ok